Cordillera Huayhuash Alpine Circuit: The Alpine Circuit is world class 11-day mountaineering adventure in the heart of the Andes of Peru

﻿The Alpine Circuit is an incredible 8-day mountaineering adventure at the base of the magnificent icy pyramids of Peru's Cordillera Huayhuash. This is likely among the top (if not ​*the*​​​​​ top) alpine circumnavigations on this planet.

​History of the Alpine Circuit: While preparing to write a Huayhuash guidebook, I hiked around the mountains extensively and researched the many climbs in mountaineering journals. In many instances, climbers had ascended one side of the mountain, descended the other, then crossed a pass to return to base camp. At some point in 2003, it dawned on me that these passes connected. By comparison to the already legendary Valley Circuit, this system of passes was clearly in a league all its own. I called it the Alpine Circuit. While I had traveled most parts of it, I hadn't traveled all of it. Peruvians and Huaraz guides, Alfredo Quintana Figueroa and Christian Silva Lindo made history in January 2004 when they became the first humans to complete the Alpine Circuit in its entirety. I wrote about the Alpine Circuit in my guidebook. In the eight years since its publication, the Alpine Circuit had still yet to be "discovered".

About the Author: I fell in love with the Huayhuash in 1996 when I first read Joe Simpson's Touching the Void. In 2000, I traveled to the Huayhuash for the first time, making an unsuccessful attempt on the mountain of my dreams, Jirishanca. I returned in 2001 and climbed Sarapo and a new route on Siula Grande. In 2002, Jirishanca shut me down again. In 2003 and 2010, I wandered to the base of Yerupaja, both times turning tail. The Huayhuash is an intimidating place to climb. But the hiking is incredible and inviting.

Huayhuash Circuit Trek: The Huayhuash trek route involves a circular route of 120 km around the mighty Huayhuash mountain range with several peaks above 6,000 m. The highest point in the trek, Yerupajá (6,617 m), is the second highest mountain in Peru, while another peak, Siula Grande (6,344 m), achieved notoriety as the setting for Joe Simson’s gruelling ordeal in his book Touching the Void. The Huayhuash Circuit trekking trails are less visited than the popular trekking trails of Cordillera Blanca, but the Huayhuash mountain range offers a challenging trek in a remote and sparsely inhabited part of the Andes where few trekkers venture.

Overview: Huayhuash Circuit trek around the Cordillera Huayhuash takes around 10 or 11 days to complete. There are several possible routes and the circuit can be tackled in either direction, but all Huayhuash Circuit treks include the same major features. As the trek progresses, participants need to dig deep into their reserves of endurance to conquer numerous high passes but are rewarded by the sight of magnificent, remote mountain vistas, including views of Yerupajá and Siula Grande, along the way. This is one of the toughest treks out of Huaraz that requires no technical mountaineering skills but the exquisite scenery along the way sets it apart from other challenging treks in Peru. The knowledge of having conquered such a demanding trek is ample recompense for the exertion required to reach the end.
Many guiding books: They say that Huayhuash trekking is the most beautiful in all of America (and the second best trekking in the world). 9 high-altitude passes, one of which includes a glacial traverse at 5,100 masl.

***WE HIGHLY RECOMMEND that participants be well-acclimatized and in excellent physical condition before attempting this trek.***

Season: May to November
Difficulty: Moderate 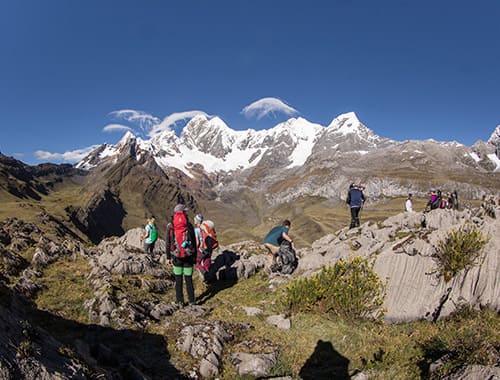 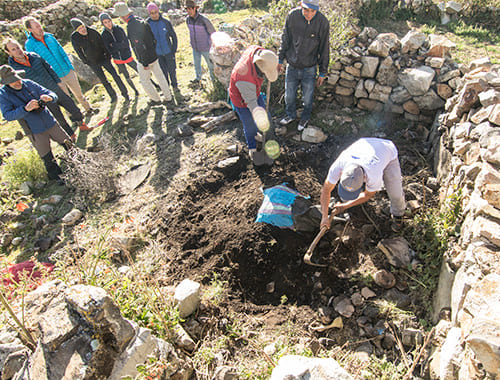 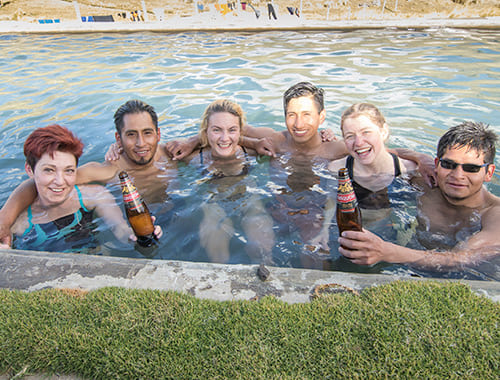 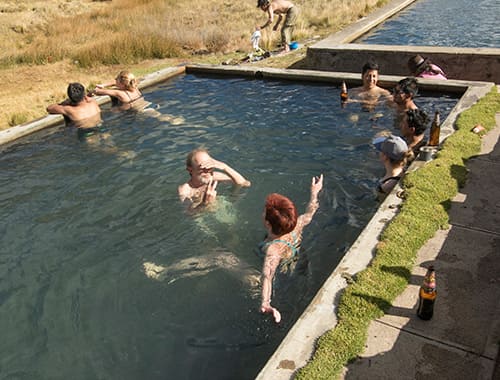 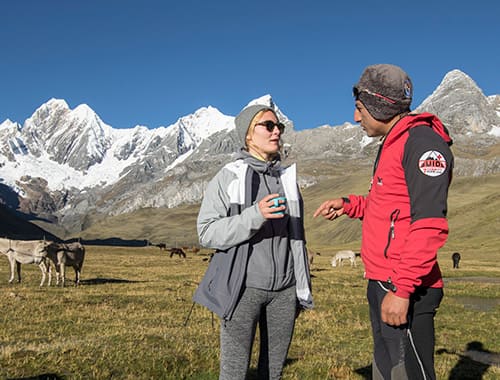 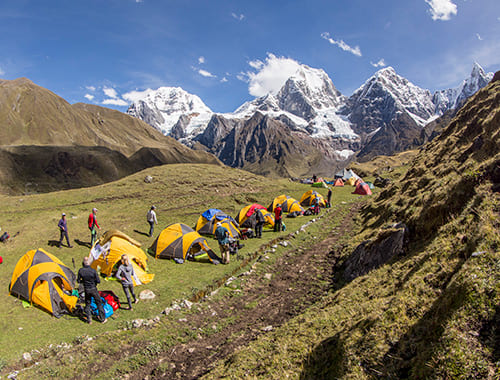 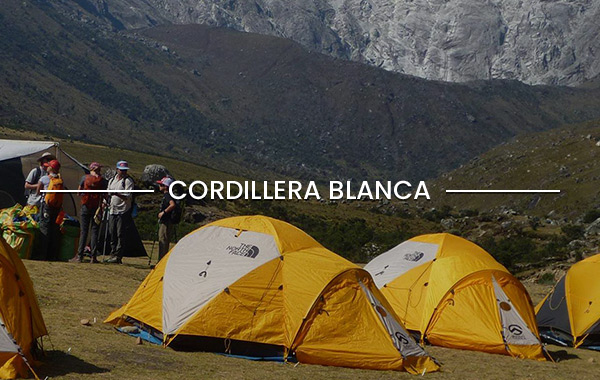 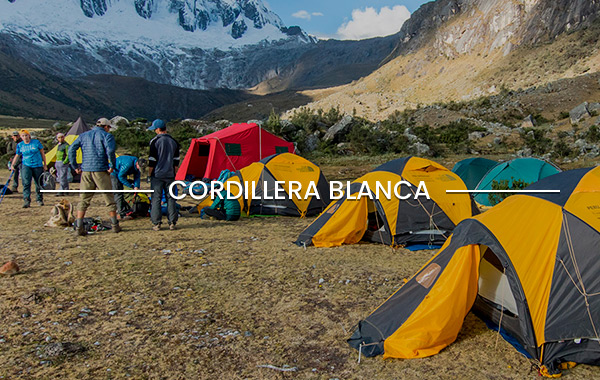