Trekking Quebrada Quilqueyhuanca: A great short hike in a beautiful valley, far from other tourist routes. This tour is ideal for acclimatization for the next climb and is also appropriate for families or for those who are looking for an easy trip involving an excursion or camping, but who still want to experience the magnificent mountain landscapes of northern Peru. A special feature of this trek is the glacier-fed lakes.

Found nestled in the interior of the Quicayhuanca valley is a large gorge, about 13 km long, that ends in a cirque of peaks over 6000m. The trail goes through pastures where cows, horses and burros abound; as well as a large number of archeological remains, which add to the allure of the route. It’s possible to see diverse wildlife, from small birds to curious foxes.

Day 1: Huaraz - Transfer via Pitec (3850 m) - Trekking Quebrada Quilcayhuanca - Close to Laguna Tullpacocha (4350 m)
Today we head for the small village of Unchus and Llupa. From Pitec we begin the hike to our next destination, the Quilcayhuanca Valley. The route winds through the gorge alongside glaciated peaks. Here we also find archaeological remains called Nuevo Tambo. The valley is surrounded by peaks, like the majestic Nevado Adavita (5,518 m), the Nevada Tullparaju (5,787 m), Chinchey (6,222 m) and many more. The Cayeshpampa camp (4,100 m) is not easy to find among the rocks, so we can also camp near the lake. In the afternoon we’ll climb to Laguna Tullpacocha, in which icebergs from the glacier still float. Overnight Camp (B/L/D)

Day 2: Laguna Tullpacocha - Cayashpampa - Huapi Pass (5020 m) - Cojup (4150 m)
Today we set off on an uphill trail, getting to Cuchillacocha Lake (4,625 m) at the foot of the snowcapped peaks of Pucaranra (6,156 m) and Chinchey (6,222 m). From here we’ll continue climbing to Huapi Pass (5,020 m), approximately 5 hours to arrive at the highest point of the circuit. We then descend toward Cojup Gorge to set up camp in this beautiful canyon. Later we’ll take a short hike to Palcacocha Lake (4,350 m) and return to enjoy the site of the peaks at sunset. OvernightCamp (B/L/D)

Season: May to November
Difficulty: Moderate 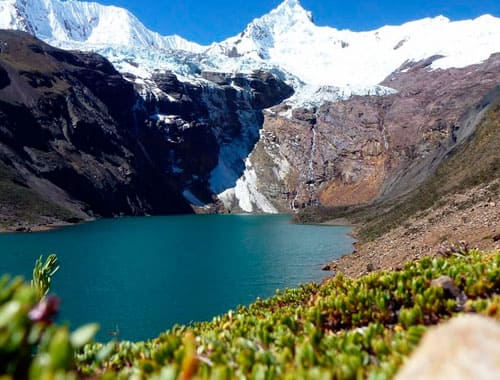 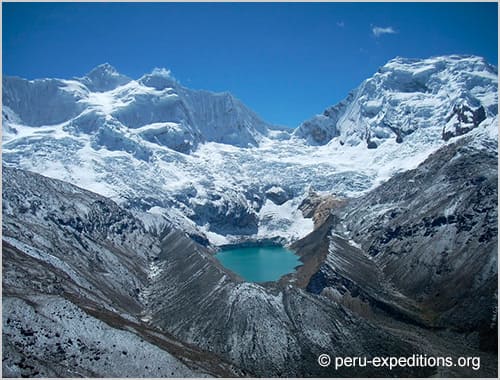 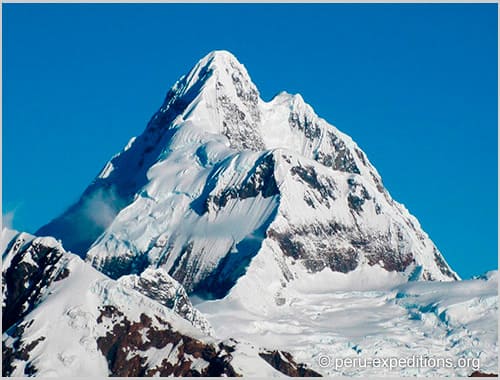 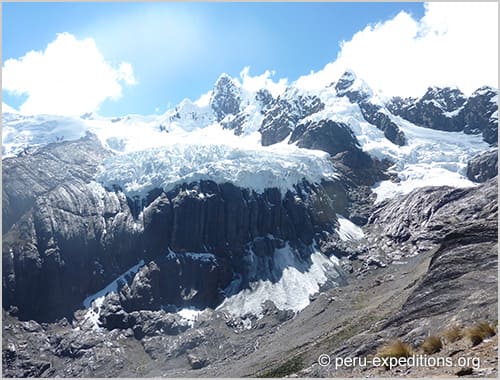 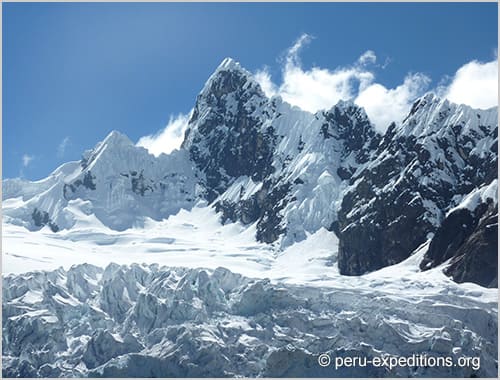 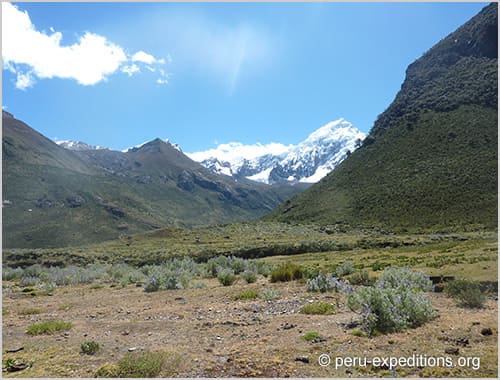 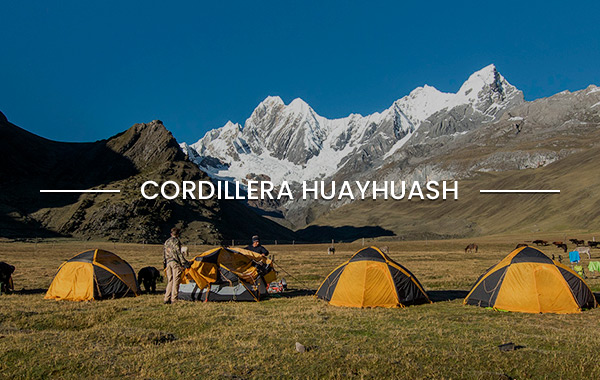 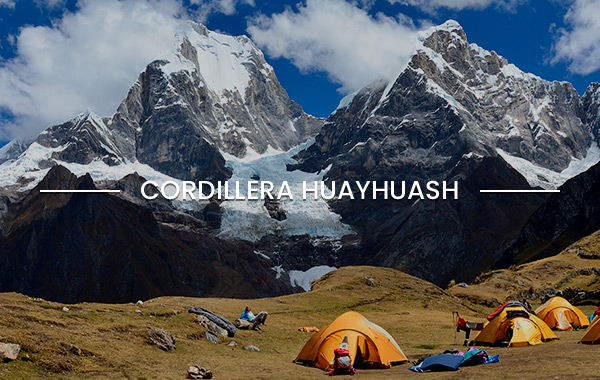